Tomorrow is National Arbor Day (Friday). We celebrated it a few days early, at Friends Hospital in Northeast Philly. That’s where we got together with other Penn-Del ISA companies to help restore a magnificent but neglected landscape through donated tree maintenance work. Aerial photos of Friends Hospital. This is the first time we’ve gone to the same location in consecutive years, and I’m happy that we did- I believe we have helped them catch up to the point that they can maintain these grounds so the public can truly appreciate what is there.
Arbor Day 2010
Arbor Day 2009
Some photos of what we did:
This weeping European beech had lots of dead wood and was overgrown with vines.

Scott gives Dave a tree biology lesson before the pruning starts. He’s explaining why the sprouts that are growing from the roots are genetically different from the rest of the tree, by pointing out where the tree was grafted.

We had the pleasure of meeting Paul Freda, a self-employed arborist from Pottstown. He and Ricky worked together pruning the beech. 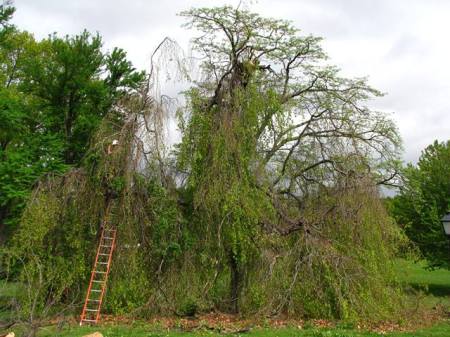 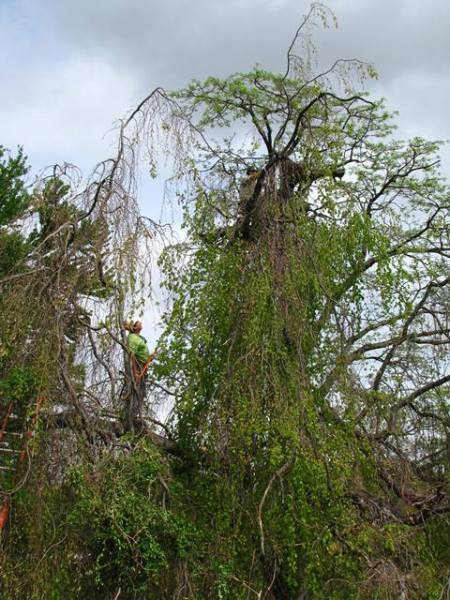 Paul is a great climber and very knowledgeable (he taught us about the amur corktree adjacent to where we were working). I hope sometime we get to work together in “real life!”

Scott got the worst of the dead wood out of this red maple (for the second year in a row!) This tree is in it’s final years, it’s doomed because of girdling roots. 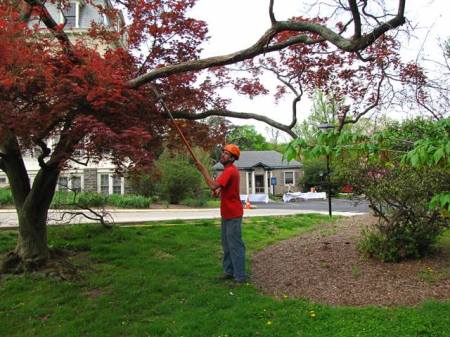 Then we moved on to this red maple. Here Scott is setting his climbing line from the ground, while Paul works his way up the tree setting the line as he goes – the old fashioned way. Fun for me to watch- reminds me of “the day.” 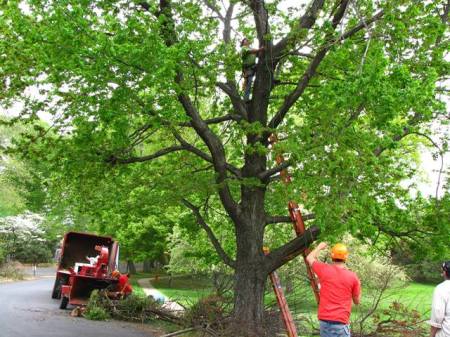 Yes, Scott made it up there, too! 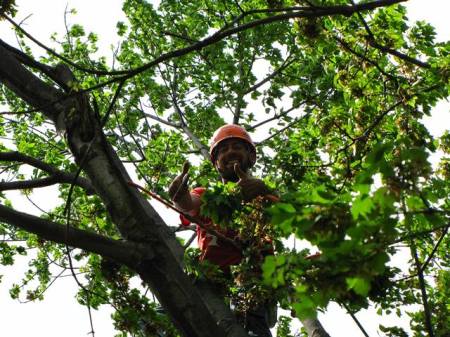 A final little detail- a round ended bark tracing on a nasty storm-damaged wound. 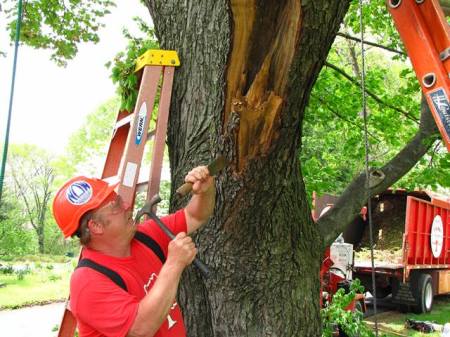 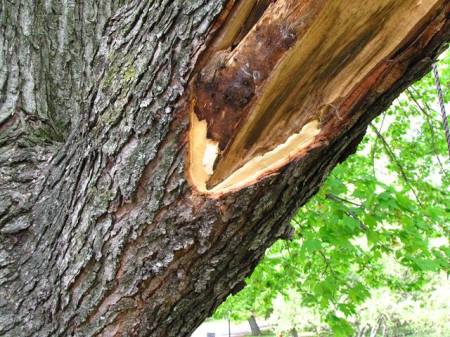